The course of Commercial Pilot Training includes the training in Acting as a pilot in command of a single pilot aircraft, operating different types of aircraft such as airplanes, helicopters, etc. There are various Commercial Pilot Training institutes in Gujarat that have been approved by the DGCA, Government of India. The candidates, who wish to pursue this course from a reputed institute should take AME CET.

Commercial Pilot Training for Pilot licenses in Gujarat is a popular course in the aviation sector for that student to get a license in commercial flights. They’re responsible for the flying work in single and multi-engine airplanes, and fly aircraft as co-pilot in aircraft. India is becoming the 3rd largest aviation industry in the entire world. India is going to be opening 100 new airports choosing a career as a Commercial pilot is going to be beneficial for the young generation. 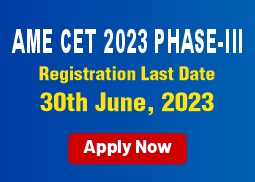 There are many best institutes that offer the course of Pilot Training in Gujarat. Pilot course in Gujarat is liable for the flying work in single and multi-engine airplanes, and fly aircraft as a co-pilot in aircraft. CPL is all about operating the aircraft in the air after the completion of the course, the students may apply for a job in Government and private sector.

The course of Commercial Pilot training is of 80 hours for the academic sessions on the ground and 200 hours on flying. There are 3 stages in training: Ground Training, Simulator Training, and flying Training. CPL course is related to the operating aircraft and provides a successful journey. The CPL institutes in Gujarat offer the candidate with the well- trained facilities, the best infrastructure, etc.

The applicants, who look forward to pursuing the Commercial Pilot Training should make sure that they are eligible enough as per the specific eligibility criteria. The criteria of eligibility can be found below:-

Commercial pilot training institute fees in Gujarat depends upon various factors like the campus, facilities, infrastructure, etc. The Commercial Pilot fee ranges from 20Lakhs to 50Lakhs for the entire course in Gujarat training institutes. After the completion of the course, the students will get a license in the field of CPL.

How to Choose a Pilot Training Institute in Gujarat?

The candidates, who are looking forward to taking admission in one of the most reputed colleges of Commercial Pilot can attempt AME CET. The admission process to opt Commercial Pilot training college in Gujarat through AME CET is:-

If you still have any query regarding career?

If you want to make your career in Aviation, Query us